Another Caution for Employers in Medical Marijuana States

Another Caution for Employers in Medical Marijuana States

A positive test may not equate to impairment.

Those of us who have spent a lot of time in the world of drugs (gee, that doesn’t sound right) know that marijuana stays in the body for weeks. That is in contrast to the really bad drugs, like cocaine and heroin, which are usually in and out in a couple of days.

What that used to mean was that pot smokers were the most likely of all users of illegal drugs to get caught in a drug test (and most likely to be fired). Not fair, but who said life was fair?

Moreover, it may be necessary for an employer who is challenged in court over a medical marijuana-related termination to have scientific expert testimony about the level of marijuana found in the employee’s system and what that says about the employee’s level of actual impairment.

Under the Influence in Arizona?

Submitted for your approval, Whitmire v. Wal-Mart Stores, Inc., a decision that was recently issued by a federal court in Arizona. The plaintiff, a store cashier who was also the holder of a medical marijuana card, hurt her wrist at work (the injury wasn’t her fault) and was drug tested as part of her medical examination. She tested positive for marijuana metabolites.

Walmart’s policy provided for termination of employees who tested positive for illegal drugs. Ms. Whitmire was first suspended without pay and then terminated based on her positive test result. She sued Walmart under the Arizona Medical Marijuana Act, which generally prohibits discrimination against employees who use medical marijuana but allows employers to take action against employees, even if they’re medical marijuana users, if they’re “under the influence” while at work.

However, the AMMA says that “a registered qualifying patient shall not be considered to be under the influence of marijuana solely because of the presence of metabolites or components of marijuana that appear in insufficient concentration to cause impairment.”

In other words, an employer in Arizona can’t terminate the holder of a medical marijuana card based solely on a drug test unless the result is so bad that it indicates that the employee was impaired at work.

The AMMA has two defenses for employers. It’s legal for an employer to take action against the employee:

(It’s also legal in Arizona for employers to prohibit all possession and use of marijuana on company premises and during work time, but that wasn’t an issue in this case.)

Walmart couldn’t very well claim that a store cashier had to comply with DOT drug testing regulations, but it did contend that it should win the lawsuit because, among other reasons, it believed in good faith that Ms. Whitmire was impaired while at work on the day of her drug test. According to a declaration (a sworn statement similar to an affidavit) provided by a company personnel coordinator, Ms. Whitmire’s level of marijuana metabolites was in the highest range that the test registers, and the personnel coordinator said under oath that she believed an employee with that level would be impaired while at work.

The court ruled that the opinion of a Human Resources professional on scientific matters such as these wasn’t good enough. To have a good-faith belief based only on a drug test result, the court said, Walmart should have presented evidence from an expert with an appropriate scientific background — perhaps an M.D., or a scientist with the drug testing laboratory. To make matters worse, the personnel coordinator didn’t provide any “foundation” apart from the test result to support her good-faith belief that the plaintiff was impaired while at work.

(Presumably, the court would accept testimony from a lay witness about observations — for example, that an employee had dilated pupils, smelled like marijuana, and was stumbling around the workplace on the day in question. But, in this case, Ms. Whitmire’s workplace behavior wasn’t at issue.)

Walmart had the burden of proof on the good-faith defense, and the court ruled that the sworn testimony of the personnel coordinator did not satisfy the burden. Accordingly, the court — on its own, without a request from Ms. Whitmire — granted summary judgment to Ms. Whitmire.

This means Ms. Whitmire wins without even having to go to trial. The only issue left to be resolved is how much she gets.

Consult with your Counsel

So, employers, beware. If you operate in a state that has legal protections for medical marijuana users, and the number of such states is constantly growing, consult with your employment counsel before you take action against a medical marijuana card holder who tests positive for marijuana. In some states, you may even have a duty under state disability discrimination law to consider reasonable accommodations.

(Because marijuana is still an illegal drug under federal law, the Americans with Disabilities Act does not prohibit “discrimination” based on an individual’s current use of medical marijuana or require reasonable accommodation of such use.)

Download a free map indicating which states have legalized medical or recreational marijuana. ThinkHR customers can get guidance on federal and state drug and alcohol testing laws or update employee handbook drug testing policies to be compliant in each state in which they operate. 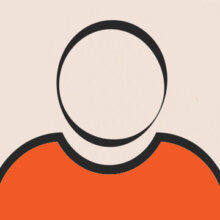 HR and compliance made simple. Trusted by more than 500,000 companies, Mineral is the HR and compliance leader for growing businesses. Our proactive solutions take the guesswork out of HR and compliance, giving clients peace of mind. We combine data, technology, and human expertise to drive innovation and personalized guidance.

Is Your Harassment Prevention Training Working?