On March 3, President Biden signed an amendment to the Federal Arbitration Act which upends the table on sexual harassment claims. This legislation was initially called the “Ending Forced Arbitration of Sexual Assault and Sexual Harassment Claims Act of 2021.” EFASASHCA doesn’t really roll off the tongue, so we’ll call it “the Act.” Up until now, many employees who experienced sexual harassment were forced into arbitration. But under this new law, they can have their day in court.

Employers prefer arbitration for several reasons. Among them, employees can’t shop for the most sympathetic jurors since the case is only heard by the arbitrator. It’s also less expensive than going to court. While plaintiffs can still win in arbitration, punitive damages are rare.

This model has another big advantage for employers: secrecy. Arbitration takes place behind closed doors. Additionally, settlement agreements almost always come with a confidentiality clause. So, an employee who has been harassed and gone through the arbitration process can’t discuss it with coworkers, prospective employers, or the media. This reduces the pressure on the employer to improve their culture and prevent future issues.

This new law prevents employers from requiring arbitration of these claims. But it doesn’t just apply going forward– it’s also retroactive. This means employers can’t even enforce current arbitration agreements around sexual harassment after the law takes effect, even though an employee willingly agreed to it.

So, what’s an employer to do now?

Maybe nothing! Many employers don’t use arbitration agreements in this way. Some who did use them also had good harassment prevention policies. But some employers relied on forced arbitration to provide cover for unchecked sexual harassment, considering this a simpler solution than changing their workplace culture. Employers who take that approach will now need to seriously rethink their policies.

Your company might have relied on forced arbitration or not. Either way, there are some things you can do to manage the risk of sexual harassment claims:

Draft policies in plain English, not legalese. Share those policies with each employee and collect signed acknowledgments. Train on the policies on a regular schedule. When talking about sexual harassment, include a variety of examples – don’t just cite quid pro quo and physical assault.

Give your employees the ability to report harassment to more than just their manager. Their boss might be the harasser or could hold a bias. You might build a system where other managers, HR folks, or even an outside service can field these complaints. Ensure that anyone who has been named as a receiver of complaints has been trained on what to do once they receive one.

Have a comprehensive plan for what to do when you receive a complaint. You must be able to prioritize and investigate the situation immediately. The speed and depth at which you handle these matters is important. Having a plan in place ensures that you do right by your employee and minimizes long term disruptions to your business.

Some states require that you train your employees, but it’s considered best practice for businesses everywhere. Remember that training isn’t shelf stable. You’ll need to reinforce this information periodically. This isn’t just a way to protect your business. It also protects employees from behaving in ways they may not realize are out of line.

Don’t forget that managers are employees too, but their authority exposes you to even greater liability if their behavior is problematic. Managers should know how these policies affect them as employees. They should understand how their specific roles present additional risks and expectations.

Managers should also be aware of their role in mitigating harassment among others. Even a strong harassment prevention program is worthless if managers don’t understand what to do with a complaint. Investigating complaints doesn’t have to be complicated. It does, however, need to be done quickly, thoroughly, without bias, and with the right documentation.

For many employers, this change won’t have much impact. But for those who have relied on forced arbitration in the past, it’s time to reevaluate your approach. You’ll need to focus more on preventing sexual harassment rather than simply containing its effects. The tips we outlined above can help you do both of those things. Together, they reduce your risk of devastating lawsuits, PR fallout, and disruptions to your business. They also help ensure that your workplace is a safe and welcoming environment for employees. 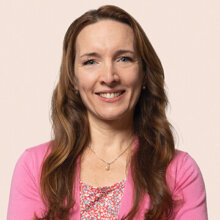 Selecting the Ideal Risk Solutions for Your Agency