We comb the web for interesting and actionable people risk management articles so you don’t have to. Here are some of the stories that caught our eye this month.

In fiscal year 2018, the EEOC secured $505 million for victims of discrimination. The agency handled over 519,000 calls to its toll-free number, 34,600 emails, and more than 200,000 inquiries in field offices. Get a breakdown of the allegations the agency resolved. Read more on HR Dive.

The U.S. Supreme Court recently agreed to hear cases deciding whether Title VII of the Civil Rights Act of 1964 prohibits employment discrimination against LGBTQ people. The outcome of these cases could have implications for all sex discrimination and harassment protections. Read more on Slate.

Women make 80 cents for every dollar men make, according to the latest pay statistics. Check out this Equal Pay Day package of articles offering personal stories of how the pay gap impacts women, what makes the issue so complicated, and how one company addressed it successfully. Read more on Fast Company.

Last month, the EEOC announced that pay data reporting, an addition to the EEO-1 report that had been on hold for some time, was back. Last week, it announced a proposed due date for this “Component 2” data of September 30. Get the details from Employment and Labor Insider.

“Employment” in the Gig Economy

The European Union has passed a law granting more rights to gig workers, with a goal of helping provide a more stable income for these workers. Find out what that could mean for gig workers and their employers in the United States, where growth of the gig economy may be distorting unemployment data. Listen to the story on Marketplace by NPR.

Paid family leave is becoming law in more and more states and municipalities, and companies outside of these areas are also more likely to voluntarily offer this benefit to their employees. There are several models for benefits and funding for paid family leave, leaving it open for debate which is the best way to handle it. Read more on HR Executive.

A study by MetLife found that members of Generation X, born between 1965 and 1979 and now 40–55 years old, are significantly less engaged at work than other generations, and also lagging in key financial security indicators. Find out what implications this may have for employers. Read more on HR Dive.

How to Address Mental Health in the Workplace

Three quarters of employees have struggled with a mental health issue. Research by the American Heart Association found that adjustments to seven key elements of organizational culture can result in improvements in the emotional well-being of employees, and their performance. Read more on HR Executive.

In Case You Missed It

Popular articles on the ThinkHR blog this month included stories on internships, white collar exemptions, joint employer standards changes, and association health plans. Don’t miss out on the latest news and information from ThinkHR. Subscribe in the box at right to be alerted when new content is posted. 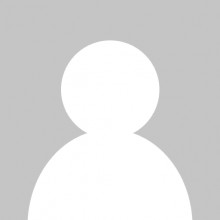 EEO-1 Pay Data Due by September 30